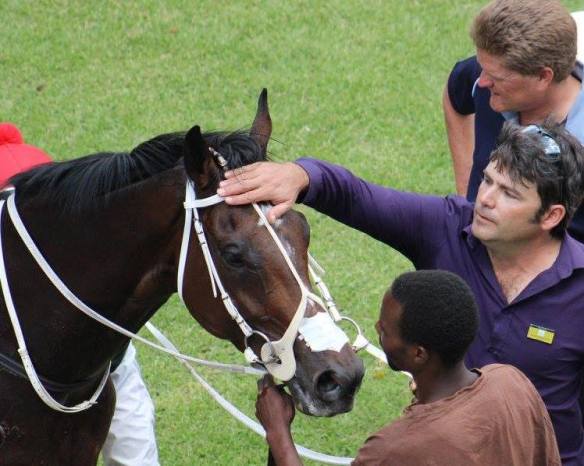 Windigo, first winner from the Swanson yard, made us take notice.

By now everyone knows Kirk Swanson saddled three winners at Borrowdale Park on Saturday, including the HRIB Gold Cup winner, Road To Dubai. The four-year-old gelding, by The Sheik, franked his recent form in a competitive race with the first three horses finishing within 1.05 lengths of each other.

Now a six-time winner, Road to Dubai is owned by John Koumides and was bred by Scott Bros.

Unfortunately the start of the Gold Cup was seriously delayed. The Tote favourite, Approval Rating, pulled a hind shoe and eventually raced with alumites in front and unshod behind. Carrying 60.5 kgs  he ran a creditable fifth.

Then Eurakilon broke through the front gates and bolted, leaving no-one in any doubts about his ability to stay. He was withdrawn for delaying the start.

Equina, Merhaba and Newton Power were late scratchings from the HRIB Gold Cup. Two visiting jockeys, Chad Little and Brian Nyawo, could not get to the course which caused problems throughout the meeting.

Earlier in the afternoon Herholdt was in the irons when the Alyson Wright-trained Call Me Earl thrilled his fans with a stout performance in the 1600m Tote Free Handicap. andicap.   I have to admit to an  OMG moment when Bridget Stidolph’s trio, Super Good, Duffi’s Call and Rocky Road, were charging towards the line but the son of Century Stand (AUS) wasn’t having that.  The winning margin between Call Me Earl and Super Good was 0.50 lengths. 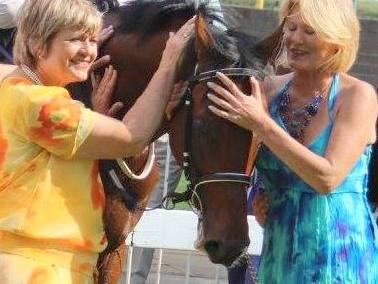 Bred in Zimbabwe at Sarahdane Stud, Call Me Earl is owned by Fiona Olivier and Diz Buckler and has now won three races. The three-year-old Classics are just around the corner and Call Me Earl looked very good. 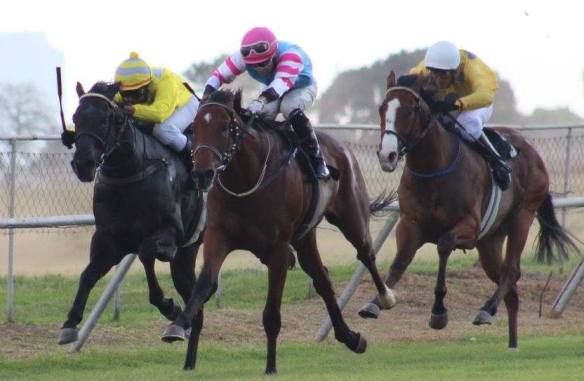 Swanson’s first winner on Saturday, Windigo, caused quite a stir.  The four-year-old son of Windrush (USA) is out of a Goldkeeper (USA) mare and had five unplaced runs south of our border.  Rested for 93 days, he made short work of the 1600m Maiden Plate, winning by 9 lengths with Herholdt aboard.  Perhaps this was not the strongest of fields but this gelding is definitely one to watch in future.

Windigo is owned by Colin Bird and was bred by The Alchemy.

Lance Pagel steered the Swanson-trained Supa Challenge to his second consecutive victory in the 1900m MR 70 Handicap.  This talented four-year-old has put previous issues firmly behind him and no wonder Pagel waved with enthusiasm…of course it cost him!

By Soar With Eagles (USA) and out of Dupa Dear (ZIM), Supa Challenge is owned by Kevin Stainton and Steve Shutt and was bred by Sandford Farm (Pvt) Ltd.

Bridget Stidolph saddled the winners of the first and last races on the card.

Dennis and Gael Evans of Newbury Syndicate were on course to see their three-year-old Bankable (IRE) gelding, Detente, win the 1300m Maiden Plate, and we hope they will be back in Zimbabwe soon.  Detente was bred by Summerhill Stud and he is out of a Galileo (IRE) mare.

This was the first of Fanie Chamber’s two winners on Saturday.  He was also in the irons when Sword Of Truth held off a challenge from Porterhouse in the 1200m MR 65 Handicap. Bred by Maine Chance Farms, Sword of Truth started at 20/1, and is owned by Messrs G. Readings and R. Sherwood.

Gokhan Terzi sent out Parade Prancer, easy winner of the 2000m MR 55 Handicap.  Francois Naude had the ride on the Sarge gelding bred by Graystone Stud.  The five-year-old is owned by Spencer Murray, Grant Littleford and Paul Rugg.

This provided some welcome relief for Terzi who was having a stressful time what with missing shoes and jockeys, plus a runaway horse!

The next race meeting at Borrowdale |Park is on December 13.  The feature is the 1450m Zimbabwe Challenge which has attracted nominations from most of the HRIB field, plus a couple more.