Road To Dubai’s triumph in the Hachiman Sprint at Borrowdale Park on Sunday was the cherry on the top for the Swanson yard. The stable sent out four winners during the afternoon.

Last time out Road To Dubai won the HRIB Gold Cup and victory in the Hachiman Sprint, albeit by a whisker, made him winner of two of the four legs in the Sprinters Series. He held on to beat a fast finishing Pacifica by .05 lengths.

The four-year-old son of The Sheik is owned by John Koumides and was bred by Scott Bros. Francois Herholdt was in the irons and he also piloted the other three Swanson winners. 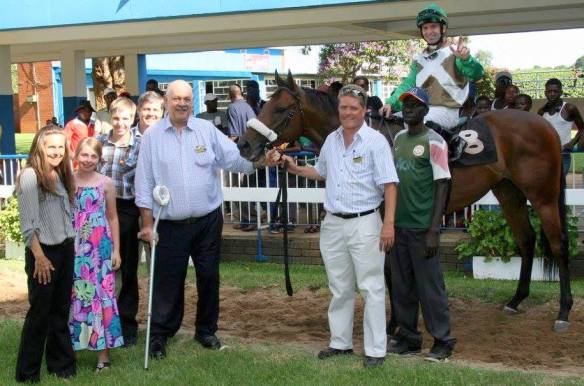