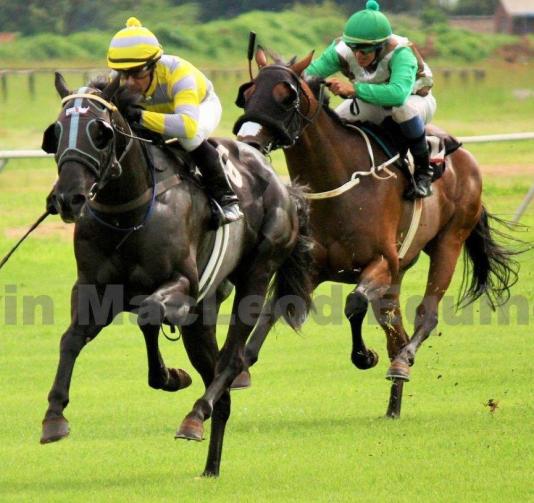 Racing returns to Borrowdale Park on Sunday for the first time since January 8, and the state of the going will probably remain in the lap of the rain gods until the very last minute.  Add to that whispers that thanks to recent heavy rain trainers have been unable to work horses as they would like to.

So, to be frank, most of us won’t have a clue who will win what, but it really doesn’t matter because we are no longer bored out of our minds. All going well it is back to live action at Borrowdale on Sunday, the final fields have given us something to think about, and we have a chance to catch up with everything we have been missing for weeks.

Of course racing has continued elsewhere while Borrowdale was rained off but, although interesting,   it is not quite the same as action on one’s home turf.

Naturally I can be counted amongst the clueless but don’t think for a moment that is putting me off.  At the end of the day I will have the pleasure of pondering the actual outcome…and making mental notes, perhaps, about which horses liked softer going, less work, or had the class to shine, despite some give in the ground and a heavy weight.

The seven race card includes two Maiden Plates – the first race which is over 1260m and the fourth, over 1700m.  I am never mad about maidens so won’t get too excited about the first event where five of the 9 runners are unraced.   In the 1700m event I will be watching Flasher On The Run, Danger Dan and Don’tfencemein – just because.

The 1200m Graduation Plate, which is the second on the card, may give some indication of how things will proceed during the afternoon.  Tamarind, El Gallo, and Supa Wonder all carry 60kgs, while Coachella is on 57,5 kgs.  This quartet has merit but we also have a host of fillies, some of whom are distance suited, and all with weight on their side.

Next up is the 1600m Merit Rated 75 Handicap.  Only six runners but a fascinating field.  Comanche Brave hefts top weight of 61.5 kgs here, with Noble Peer and Perfect Grace not far off that.  Can they hold off Supa Challenge (57), David’s Flower (54.5) and Ice Pack (52)?   I won’t be too surprised whoever triumphs.

There is a chance of a killer quartet in the 1700m MR 55 Handicap and apart from taking the obvious, do not ignore Quick Glance and Valmont, both of whom will have claiming jockeys aboard. Only trouble is, when it comes to the obvious, there are seven or eight runners I would like to include.

Several of the horses in the 1600m Allowance Plate, such as Kevin Barry, Phantom Major, Devil In Command and Haga Haga, missed out on the cancelled Guineas Trial.  Kevin Barry disappointed his many supporters in the Tote Free Handicap, having won his previous three starts.  Will he make amends here?

At this time of the year, when we are still trying to assess the abilities of the current three-year-old crop, races such as the Allowance Plate have particular appeal.  However, in my view Sunday’s get-out-stakes,   a 1260m Open MR Handicap, is the race of the day.

He stepped up in class for the Hachiman, and finished 3.75 lengths clear of champion sprinter Road To Dubai, with Sheik’s Brashee even further back.  That day Super Good was receiving 6 kgs and 9kgs from Road To Dubai and Sheik’s Brashee, respectively – his weight advantage is now cut to 2kgs and 4kgs.

Another very interesting runner is Newton Power, now trained by Amy Bronkhorst, who will be receiving weight from the field, bar Madigan.

Eurakilon and Madigan are most likely out for the run, sprinting not being their game. Top-weighted Sheik’s Brashee seems to prefer slightly shorter trips.

Providing the going is reasonable I expect Super Good, Road To Dubai and Newton Power to be involved in an exciting finish.