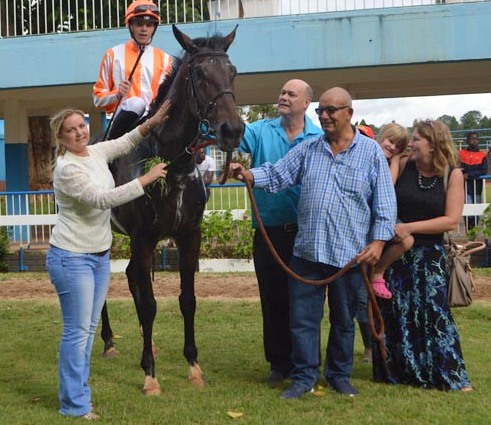 Comanche Brave, with Callan Murray up, made every post a winning one in the Breeders Champions Cup (L) at Borrowdale Park on Sunday.

The Kahal (GB) gelding is trained by Amy Bronkhorst and owned by Duncan Jones, Adrian Nydam and Steve Shutt.

Bridget Stidolphs’s pair, Mathematician and Duffi’s Call, came from behind to finish second and third, and Eurakilon, also from the Bronkhorst yard, was fourth.

The four-year-old gelding was out at the weights but proved once again he will be worth watching in future.

The winner was bred by Summerhill Stud. Congratulations to the winning connections

Solinski, trained by Kirk Swanson and with Callan Murray in the irons, won the TBA Silver Slipper at Borrowdale Park on Sunday.

The filly is owned by the Dixie Chicks Syndicate, Jackie and Duncan Cocksedge, Dubbles Draper, Ursula Malan and C.J. Smith, and was bred by Sarahdane Stud.

Borrowdale first-timer Crystalline, owned and trained by Bridget Stidolph, came with a storming finish but Solinski held on. Golden Mystery and Aloft followed.

The late scratching of much fancied Wylde Style left a field of four but it was still a good race.

Congratulations to the winning connections. 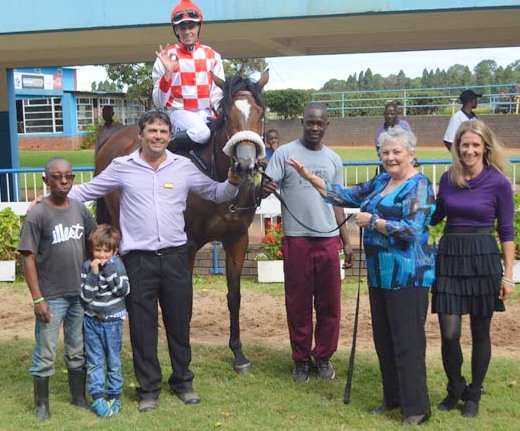