They may be few and far between these days but Zimbabwe bred runners are holding their own at Borrowdale Park.  On Saturday three of the eight winners were locally bred, including Edward The Seventh (above), Delta and Wylde Style.

The two-year-old Seventh Rock (AUS) gelding, Edward The Seventh, won the 1200m Maiden Plate, his first start, finishing five lengths clear of stablemate, Switchblade.  He was bred at Rambavu Park Stud and is owned by Christopher Peech.  Sherman Brown was in the irons.

Delta (below) is owned and bred by Black Diamond Thoroughbreds (nominee Brian Makwabarara).  Apprentice Mpumelelo Mjoka had the ride in the 1700m Maiden Plate.

Both horses are trained by Kirk Swanson. Congratulations to the winning connections. 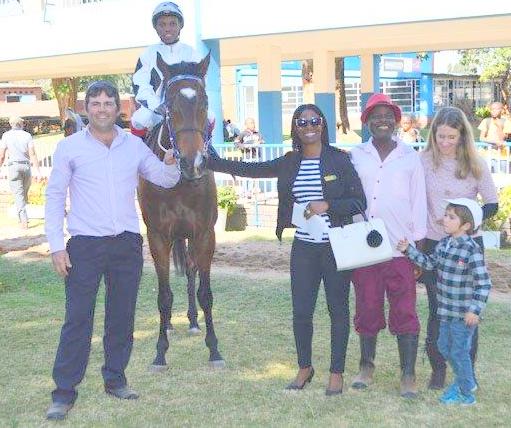