FLASHBACK: 2016/17 TBA SILVER SLIPPER (L)
The second leg of Zimbabwe’s Triple Tiara (for three-year-old fillies),the 1800m TBA Silver Slipper (L), was run at Borrowdale Park on March 19. It was won by the Fencing Master (GB) filly, Solinski (above), and Crystalline, Golden Mystery and Aloft were placed. Solinski is trained by Swanson Racing, Callan Murray was up. 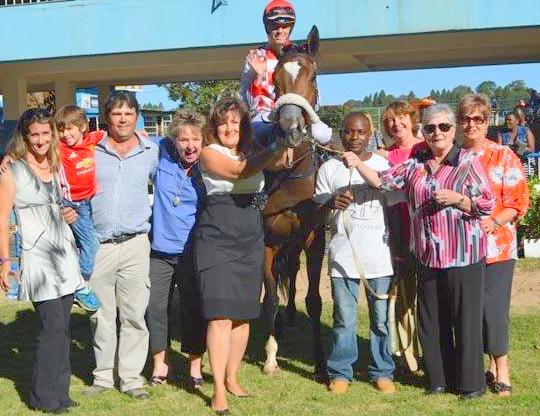 FLASHBACK: 2016/17 BLOODSTOCK SOUTH AFRICA 2000 (G3)
Silver Slipper winner Solinski (above) took on the boys in the Bloodstock South Africa 2000, second leg of the Triple Crown, and won. Her stablemates Flasher On The Run and Haga Haga could not catch her and Megagram was fourth. Kirk Swanson trains the daughter of the late Sobieski (USA) and Callan Murray was in the irons again on April 2. 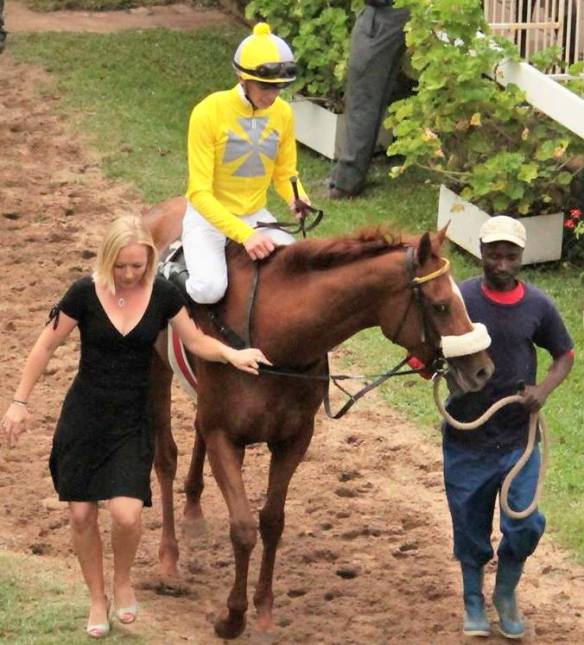 FLASHBACK: 2016/17 INDEPENDENCE TROPHY
Former Triple Tiara winner, Duffi’s Call (above), was involved in a close finish in the 1600m Independence Trophy on April 16 – and retained the upper hand. Only 0.60 lengths separated the first three home with Windigo (second) and Eurakilon (third) up there. Newton Power was fourth. Bridget Stidolph trained the winner and Callan Murray had the ride. This was the daughter of A P Answer (USA)’s seventh victory.