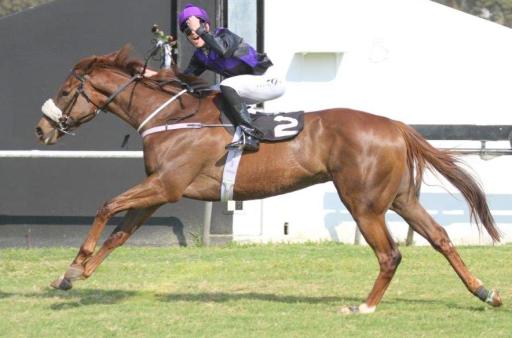 The daughter of Ideal World (USA), Betula Uber, seen here  winning the 2016 Breeders Fillies Mile with Wes Marwing in the irons.  Ryan Munger will be riding on Sunday.

Philanthropy, also four, has yet to race further than 1800m so, with 55 kgs and Fanie Chambers aboard, is probably the dark horse in this line-up. Although Ladies First (59 kgs)  has not won beyond 1800m, this Silvano (GER) mare has featured in races up to the Derby distance.

This will be Rawedge’s first outing since June 25.   We all know this five-year-old Ravishing gelding loves to stay all day and, if racing fit, I will be surprised if either of his stablemates, Flasher On The Run and Baumgartner  – or anyone else for that matter – can beat him.

Betula Uber is bred to stay and, as a three-year-old, ran second to Duffi’s Call in the 2000m Zimbabwe Oaks, and second to Mathematician (four lengths back) in the 2400m Zimbabwe Derby.