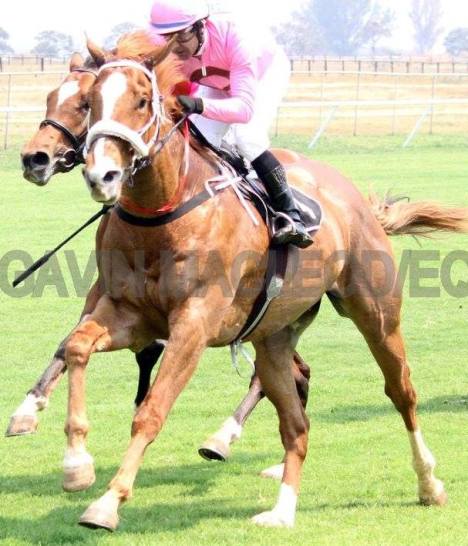 Nedo Nadi, seen here winning his first start on September 24, when he narrowly beat Epee by half a length. The son of Fencing Master went on to win again over 1200m but fluffed his lines in the 1200m Jacaranda Free won by Butchie Boy.

He will line up again in the 1600m Guineas Trial at Borrowdale Park on Sunday but as this is his first race around the turn he remains something of an unknown quantity.

Main focus in the Guineas Trial is likely to be on Nedo Nadi’s stablemate Edward The Seventh, and Knuckleball.

This pair met before in the 1600m Tote Free Handicap on December 2, won by Edward The Seventh with Knuckleball 2.50 lengths behind. Knuckleball has subsequently won a 1700m Progress Plate, beating Flasher On The Run.

Only four runners – Night Of Speed has also accepted – but this could still be an exciting race.