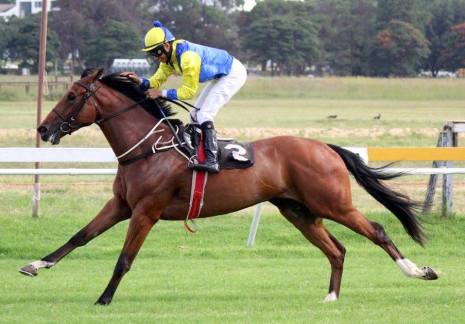 This Sunday, April 29, is Zimbabwe Derby Day at Borrowdale Park – the ultimate test of speed and stamina for three-year-olds.

The race is run over 2400m – a distance none of Sunday’s runners have yet had a chance to try.

Why do we continue to run our Derby over this gruelling trip? Because it is the third leg of the Triple Crown and traditionally this is the correct distance.

This week the racing press quoted an Irish National Hunt trainer, who is involved in a fight to the finish with another trainer for training honours (WillieMullins and GordonElliott, I think, but can’t find the relevant tweet). Mr Mullins said “Anything that can raise a gallop will be there…” In many cases this comment could have been applied to our Derby fields but so what. Racing is entwined with tradition, and racing in Zimbabwe has been around long enough to appreciate this.

Seven runners are carded for Sunday’s event and the race is due off at 15 55 pm. The Penny Fisher yard is represented by Knuckleball, Kirk Swanson fields Israel, Bugatti Blue and Pirate Hunter, and Bridget Stidolph will saddle Peggson, Tremendous and Hashtag Rounda. All carry 58 kgs.

The first leg of our Triple Crown, the 1600m Zimbabwe Guineas, was won by Butchie Boy (not racing this time). Knuckleball (0.75 lengths back) came second and Peggson third. In the second leg, the 2000m Zimbabwe 2000, Knuckleball won by 4 lengths in soft going, Israel was second, then Butchie Boy and Bugatti Blue. Pirate Hunter failed miserably in this one.

Tremendous (Fanie Chambers) and Hashtag Rounda (Brendon McNaughton) are new to the Classic scene. Tremendous won his last start, a 2000m Maiden Plate on April 1, beating Hashtag Rounda (third) by 2.75 lengths. He is by Mambo In Seattle(USA) out of a Fort Wood mare so there is a good chance he will stay the extra 400m. Hashtag Rounda has been placed in his last four starts from 1600m to 2000m. He is by Philanthropist (USA) so could surprise.

There is no doubt that on past performance the main focus will be on Knuckleball, then Israel, Peggson and Bugatti Blue. Knuckleball by Curved Ball (USA) is a four-time winner from 1600m to 2000m and has been placed in the rest of his 11 starts. Ryan Munger has the ride.

Israel, by Seventh Rock (AUS) out of a Kitalpha(USA) mare, won his first two starts over 1260m and then was placed second over 1700m and 2000m. He has been consistent and will have supporters. Sherman Brown rides.

With ten starts under his belt Peggson, by Jay Peg, has racing experience and won a 1700m Maiden Plate in September, finishing four lengths clear of Knuckleball. He then won the Three-Year-Old Mile in October (beating Butchie Boy at level weights). Peggson is usually thereabouts so don’t write him off. Chase Maujean will be in the irons.

Bugatti Blue by Traffic Guard (USA) won his penultimate start over 1700m, finishing 6 lengths clear of Tremendous in heavy going (penetrometer reading 32), and on that occasion looked as if he could stay all day. Has only had six starts and was placed in four of them from 1100m to 2000m. Hennie Greyling rides.

As I have a share in Pirate Hunter I would prefer to say nothing at all. Speaking only for myself I will say he is beautiful, works well, and shocked me rigid in his last two starts. Hopefully it was the going, the effects of a virus or something. This son of Mullins Bay(GB) has raced five times, coming third over 1200m, a close second to Hillah The Hun over 1700m and quitting the maidens over 1800m on February 25. Tremendous ran second, 1.25 lengths behind. Francois Herholdt has the ride.

Photographs of all the Derby runners have been posted on Facebook and C.John Smith commented:

“ Also the ultimate test for the jockeys, their judgement of pace and when to press the button – plus there are a few tactical things to consider too. Also the trainer is tested – just how to condition each horse to a peak for this special race. This is no dash or pacey mile – one day the Zim Derby will resume its pre-eminent role as the Blue Riband event at Borrowdale – hope I live long enough!”

I think that says it all…..

The first race on Sunday is at 13.00 – and in the meantime please don’t rain dance.