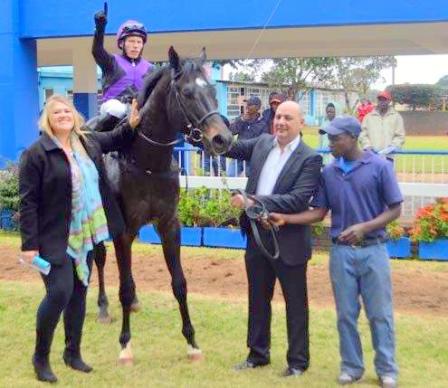 Penny Fisher’s stable was off to a flying start on Republic Cup Day at Borrowdale Park when Action Jackson won the 1000m Caaz Maiden Plate.

This was the son of Jackson’s racing debut and the two-year-old colt looked at one stage as if he would be a runaway winner. His three-year-old stable companion, The River Green, put a stop to that with a fine finish which put him within 0.25 lengths of the winner. Ex- Geoff Woodruff, The Green River was having his first outing in Harare.

Bred by Mr I.W. Longmore Action Jackson is owned by Gengiz Goksel and Jarryd Penny was in the irons. Congratulations to all concerned.