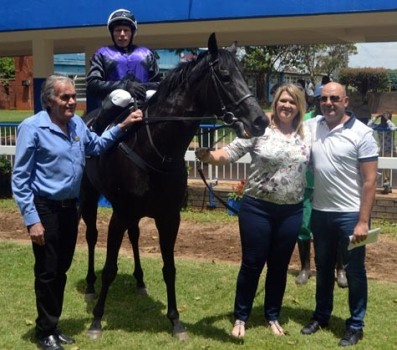 Gengiz Goksel and Dave Rosser are loyal supporters of racing in Zimbabwe and two of their horses, Cotton Rock and Sunrise Ruby, graced the Winners Enclosure at Borrowdale Park on Sunday.

Jarryd Penny was riding for Penny Fisher, so congratulations all around.

Cotton Rock (above) was first off the mark in a 1000m MR 50 Handicap where she was two lengths in front of Switchblade. Then came Penny’s other charge, Adrenalina, and Supa Memories. Cotton Rock (11/10) is a five-year-old mare by Rock of Rochelle (USA) out of an Al Mufti (USA) mare, and seems a consistent sort, winning twice and being placed in her four runs in Harare. She was bred by Hemel ‘n Aarde Stud and has been lightly raced having only raced 12 times to date.

Sunrise Ruby (nearest the camera), by King of Kings (IRE), has been knocking on the door for a while and came right in a 1600m Maiden Plate, finishing 1.50 lengths ahead of stablemate Innovation. She is a four-year-old filly bred by Bosworth Farm Stud and has now won once and been placed 6 times in 14 starts. 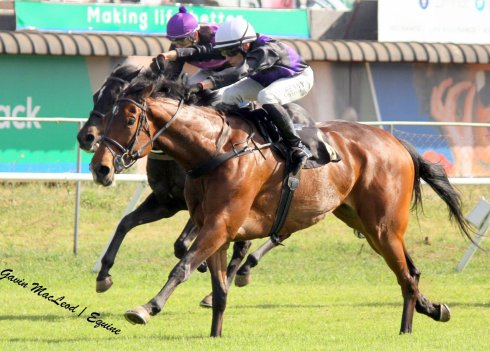