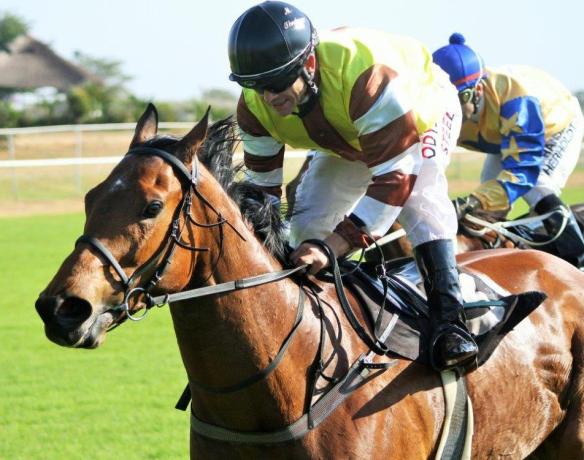 It is a big day at Borrowdale Park on Saturday – and, yes, I do know that the R2 000 000 Gauteng Sansui Summer Cup is on at Turffontein.

In Harare the US$13 000 HRIB Gold Cup will be run over 1200m, and earlier in the afternoon 10  promising  three-year-olds will contest the 1600m Tote Free Handicap. This is always an interesting event as it provides insight to the Classics.

The 15 horses nominated to run in the US$13 000 HRIB Gold Cup all stood their ground, and the field includes Approval Rating, who won this race in 2013, as well as Picalilly and Gentle Brook,  second and third, respectively, to On This Rock, last year.

The Sansui Summer Cup (Gr 1) is due off at 4.15, 20 minutes after the start of the HRIB.  We would all be watching this race anyway but, with Zimbabwean jockey Quinton Riddle aboard Yer-Maan, it will be hard to contain the excitement. 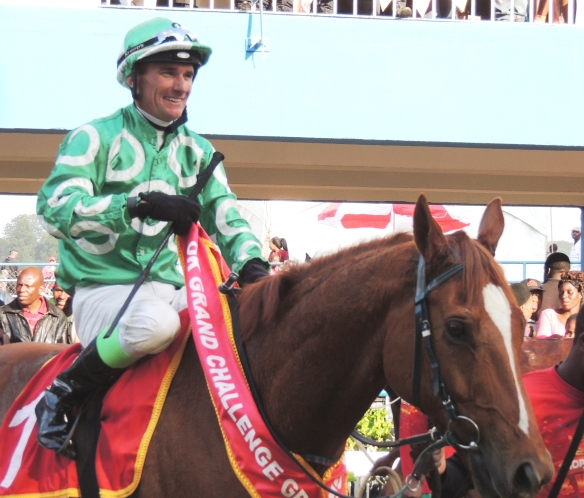 Who cares whether or not Yer-Maan is a fancied runner this time?  We believe in our man – and in miracles.

Now back to basics.

Approval Rating has the right credentials to win the HRIB and in addition to this 10-time winner, Gokhan Terzi also fields Eurakilon, the stalwart Super Trouper, Merhaba, Newton Power and Principled Man.  Andrew Fortune is not riding at Borrowdale, so no clues there, but Lance Pagel has the ride on Approval Rating, Denicious Smith will be on Super Trouper and Francois Naude on Principled Man –  a competitive line-up that could almost make a race of it on its own.

Gee Racing’s Picalilly is always impressive and I expect her to be very much in the hunt. Deon Sampson will be in the irons.

However Amy Bronkhorst’s quartet, Equina, Thriller In Manila, Gentle Brook and Pegwell Bay certainly come into contention.  Dare I say this might be on the sharp side for the classy Equina? I am probably wrong, but it is all too easy to make a case for the rest. Chad Little rides Equina, Kevin Derere is on Pegwell Bay, Nicky Sibanda has Thriller In Manila and Daniel Frank will pilot Gentle Brook.

Lucky Sam, from the Bridget Stidolph yard, has not raced since the OK Grand Challenge in June, when something was amiss.  It is great to see him back racing but he will probably need this run, and more ground. That said, Fanie Chambers, who rides for the stable, will be in charge.

Bridget also saddles Nimble Dancer, a four-year-old who has done everything asked of him lately. This colt goes well for Brendon McNaughton, who has the ride.

Kirk Swanson sends out another well performed four-year-old, Road To Dubai (Francois Herholdt), while Jannie Blignaut has entered Quick Glance, who has surprised on his day.

Without doubt this will be a race to remember. Approval Rating, Picalilly, Super Trouper, Gentle Bird, Thriller In Manila and Pegwell Bay, should all be up there with the pace on from the start.

It is the inclusion of Nimble Dancer and Road To Dubai that makes the HRIB so interesting.  Both carry 52 kgs, and enjoy the 1200m trip, but can they match strides with those mentioned above?  Maybe this pair is not well in at the weights but I will be disappointed if they can’t make their presence felt.  We need new stars.

Call Me Earl from Alyson Wright’s Gee Racing carries top weight in the 1600m Tote Free Handicap and is drawn wide, but this is a colt who gives his best so we can look forward to a determined effort. Once again he meets up with Demagogue, who has disappointed recently. As a two-year-old he showed plenty of early toe so may appreciate further
.
Tandava and Rocky Road, are also two-time winners, and with Super Good and Slick, who have both won a race, they complete the male challenge.

Of the 10 three-year-olds carded, only the Ideal World filly, Betula Uber; the Warm White Night filly, Sky, and Slick, a colt by West Man, have previously raced around the turn – and they all won. If experience counts they have to be in with a chance but I am not sure if it does at this stage of the game.

I hope Call Me Earl can keep up his good work, and meanwhile think about the AP Answer filly, Duffi’s Call. She is full sister to Print The Pounds, a filly who came into her own around the turn and has been collecting trophies ever since. 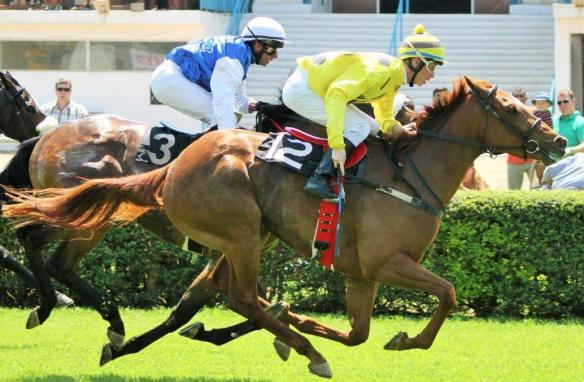 Duffi’s Call won a 1100m Maiden Plate at the first time of asking, finishing in front of Master Of The Sky.