The Fisher yard saddled three winners at Borrowdale Park on Sunday – which was Penny Fisher’s comeback meeting as a trainer in her own rignt.  Apprentice Callan Murray rode Setswana and Ryan Munger the others.

Rank outsider Setswana won the 1900m Maiden Plate, and Arrowfield scored in the 1700m MR 55 Handicap – both these horses are owned by Julie Zieve and John Koumides.

The cherry on the top came when Picalilly (below) held off Atso’s Scheme, Approval Rating and Road To Dubai in the 1300m Open Handicap, last race of the day. The four-year-old Gharir (IRE) filly is owned and was bred by Sarah Lumsden, and has now won five races. 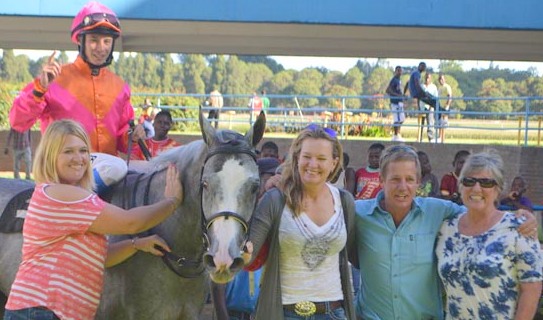