Apprentice Stalon Sawere rode the Tamburlaine (IRE) filly, Cream And Honey, for trainer Amy Bronkhorst in the 1100m Maiden Juvenile Plate – and won. This was some consolation for shenanigans at the start which resulted in Amy’s more fancied runner, Wylde Style, being declared a non-runner.

Cream And Honey, another first-timer, is owned and was bred by Peter Moor. 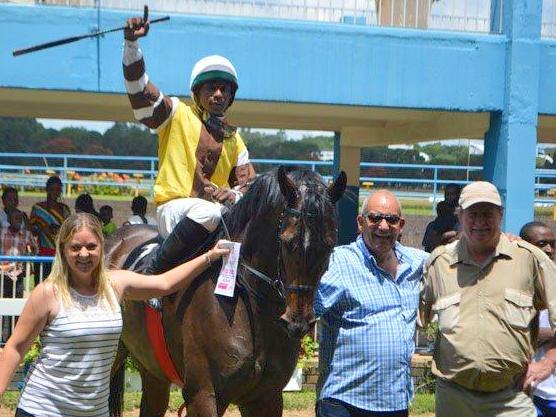