The $40 000 Republic Cup (Gr3) – final leg of Borrowdale Park’s “big three” – takes place on Saturday afternoon over 1900m.  It has the makings of a competitive race and although several of the contestants took part in the 2000m Castle Tankard in May and the 1800m OK Grand Challenge in June, the result is by no means a foregone conclusion.

Turnover in weights, as well as the change in distance, have to be taken into account.

Comanche Brave won the $50 000 Castle Tankard (Gr1), carrying 52 kgs, but disappointed in the $40 000 OK Grand Challenge (Gr2), a month later. His supporters will expect Amy Bronkhorst’s charge to make amends this time but the handicapper may have caught up with him, so we shall see. The Bronkhorst yard also fields Life Is Good, a well bred three-year-old having his fifth start at Borrowdale, and Newton Power.

Bridget Stidolph trained Royal Honour, the winner of the OK Grand Challenge, but he is missing from this line-up.  She will saddle Super Good, third in the OK, and Roman Discent who showed signs of a return to form at the last race meeting.

THE FIELD IN BRIEF

ASHTON PARK – 59.5 kgs drawn 6. Ryan Munger – Penny Fisher. This will be his second start in Zimbabwe. Finished 8.25 lengths off Comanche Brave in the Castle Tankard. This seven-year-old gelding is by Battersea Park out of a Jet Master mare. Most of his 8 wins have been over 1400m. A bit of a dark horse.  At one time not disgraced behind the likes of Captain America and Legal Eagle over 1600m.

SUPER GOOD – 57.5 kgs drawn 4.  Fanie Chambers – Bridget Stidolph. Winner of 4 races from 1100m to 1260m, but placed in good company up to 2400m. Four-year-old  gelding by Announce out of a Dynasty mare. Maybe he has more to do here but impressed in the OK Grand Challenge.

NEWTON POWER – 55.5 kgs drawn 11  Nicky Sibanda – Amy Bronkhorst. His 8 wins range from 1000m to 1600m but Newton Power has been best sprinting. At the last Borrowdale Park meeting he finished 3.50 lengths behind stable companion, Life Is Good, in a 1200m MR 85 Handicap when carrying top weight. This seven-year-old gelding is by Newton (IRE).

FAH FEE  – 53.5 kgs drawn 8. Morgan Nyamagwete – Kirk Swanson. Five-year-old gelding by Ideal World (USA) out of a Sadler’s Wells (USA) mare, and you don’t get much better than that. Since returning from a long layoff has had two starts, placing fifth in the OK Grand Challenge. Won four races over distances up to 1600m in South Africa.  Interesting.

LIFE IS GOOD – 52.5 kgs drawn 1.  Jarred Penny – Amy Bronkhorst. Three-year-old gelding, by Var (USA) out of Gracie Jones (USA). Moved to Borrowdale Park in May, having won two races in RSA over 1200m and 1400m.  Won his first start at Borrowdale over 1600m, then followed up with a second to Solinski in the Zimbabwe Derby.  Disappointed in the OK Grand Challenge but comes into this one fresh from his recent win in a 1200m MR 85 Handicap. Can’t ignore on breeding, and when carrying 52.5 kgs.

LIGHT THE WAY – 52 kgs drawn 9. * Mpumelelo Mjoka – Kirk Swanson. This five-year-old gelding by Miesque’s Approval (USA) won four races over 1400m and 1450m and then seemed to drop the ball. His last race at Turffontein was on February 14, and this will be his first start in Zimbabwe. In November 2015 Light The Way finished 5.50 lengths behind Ertijaal (AUS) in the 1800m Sea Cottage Stakes for three-year-olds – with Deputy Jud, Greek Legend, French Navy, Fah Fee and Cool Chardonnay ahead of him. Your guess will be as good as mine.

COOL SOLUTION – 52 kgs drawn 3. Brendon McNaughton  – Kirk Swanson. Four-year-old gelding by Mullins Bay (GB) out of a Tilden (IRE) mare.  Has won four races from 1200m to 1600m and placed fifth in the Castle Tankard and fourth in the OK Grand Challenge. One for the Exotics?

ROMAN DISCENT – 52 kgs drawn 10. *Calvin Habib – Bridget Stidolph. A four year-old Dynasty gelding with four wins up to 2400m to his credit.  His three starts at Borrowdale Park include the Castle Tankard and OK Grand Challenge – where he did not shape – but showed signs of a return to form, in the 1700m MR 84 Handicap won by Barbarian at the last race meeting. Worth some thought.

FLASHBACK to the 2016 Republic Cup won by Mathematician.  Morgan Nyamagwete was in the irons, and he teams up with Fah Fee on Saturday. 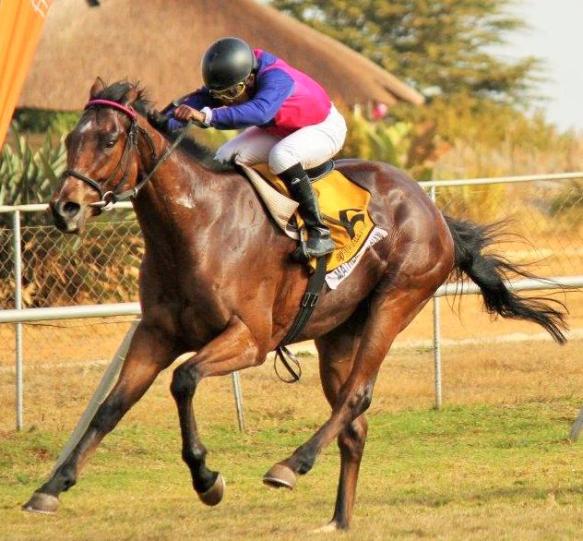