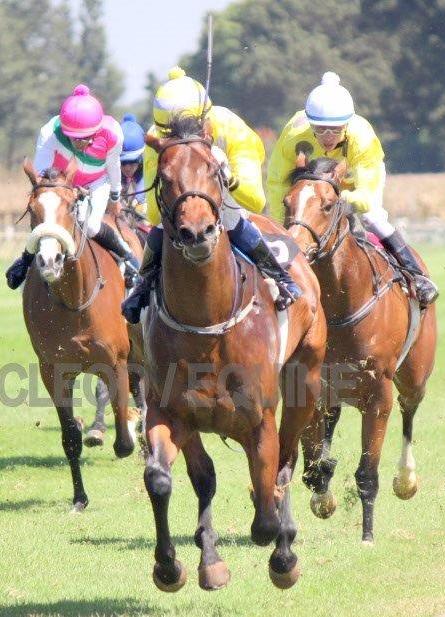 Butchie Boy is used to playing second fiddle to stable mate Flanders.  Perhaps he can turn the tables on Sunday.

Going into the Three-Year-Old Mile at Borrowdale Park on Sunday the 2016/17 Champion Juvenile, Flanders, has the credentials – and can be compared to Wylde Style.

At the end of her two-year-old career Wylde Style, Champion Juvenile in 2015/16, had won four races including the 1200m Champion Juvenile Stakes and the 1450m Champagne Stakes.  Flanders, by Gimmethegreenlight (AUS), can make the same claims to fame.

Often during the 2016/17 season the three-year-old who could beat Wylde Style won, and it seems we might be facing a similar situation. It is early days – the three-year-olds will not be contesting the Classics until 2018 – but Sunday’s race may give some indication of things to come.

The six runners will meet at set weights and all, except for Peggson and Night Of Speed, have raced against Flanders before.

In addition to Flanders, Bridget Stidolph will saddle Butchie Boy and the two fillies, Sweet Tea and Hollywood On Set. Of these Butchie Boy came a very close second to Flanders in the 1450m Champagne Stakes, and was 2.50 lengths behind him in the 1200m Champion Juvenile Stakes.

Neither Flanders nor Butchie Boy have raced further than 1450m yet, but there is no reason to suppose an extra 150m will pose problems.

Amy Bronkhorst’s charge, Peggson, and Night Of Speed from the Kirk Swanson stable, have won over 1700m and 1600m respectively.

On July 8 Night Of Speed beat Knuckleball by 0.25 lengths over the mile, and Hollywood On Set was 3.50 lengths back.

Peggson ran second to Rebellious Queen over 1600m on September 9, then came out on September 24 and won a 1700m Maiden Plate, finishing four lengths clear of Knuckleball.

On previous form there is no doubt that both Peggson and Night Of Speed are at their best over ground. Whether their best is good enough to seriously challenge Flanders and Butchie Boy remains to be seen.