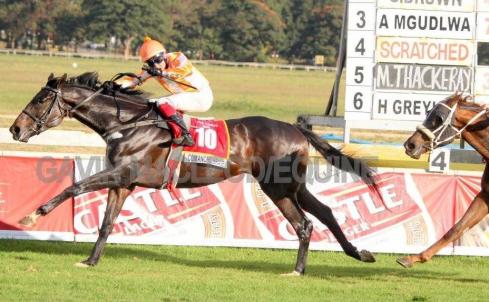 Comanche Brave is going for a Castle Tankard double and comes packed with winning credentials. He won the 2017 Breeders Champions Cup run over 2000m, and Saturday’s runner, Mathematician, who was giving the winner 6.5 kgs, was three-parts of a length behind him. At that time Comanche Brave was trained by Amy Bronkhorst. He went on to win the 2017 Castle Tankard with Evert Pheiffer up in May, and the 1900m Republic Cup in July.

Since joining the Stidolph yard Comanche Brave completed his Breeders Champions Cup double in March 2018. His stablemates Leven Point and Mathematician finished third and fourth. The Kahal (GB) gelding has now won seven of his 24 starts and been placed 9 times. He carries more weight in this year’s big one but should still do well on Saturday.